Breaking News
Home / NEWS / Should Donald Trump Be Allowed To Carry His Gun While President If He Wants To?

Should Donald Trump Be Allowed To Carry His Gun While President If He Wants To?

Should Donald Trump be allowed to still carry while president?

After death threats Donald Trump has told CBS “Face The Nation” that he is INDEED packing. There has been much debate about gun laws in America after college shootings and mass murders. He was asked why he obtained a concealed weapons permit years ago. Trump replied, “Because I like to have myself protected.”

When pressed to answer if he carries currently Trump answered, “Sometimes”. 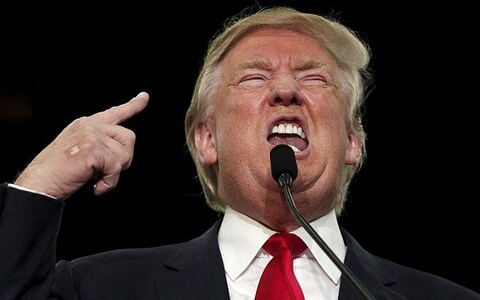 Trumps response is likely to cause an uproar as the Obama Administration is calling for stricter gun laws.

He was asked about the Oregon shooting and if gun laws were enforced could it have been prevented.

“Had somebody in that room had a gun, the result would’ve been better,” Trump said, “I feel much better being armed.”

BREAKING: Democrat Congressman Ran a Gay Prostitution Ring in His Apartment…. Look Who It Is! BUSTED!

The news is saturated these days with allegations of sexual misconduct against actors, producers, politicians and …